Has TikTok Really Replaced Google in the Search Engine Battle? 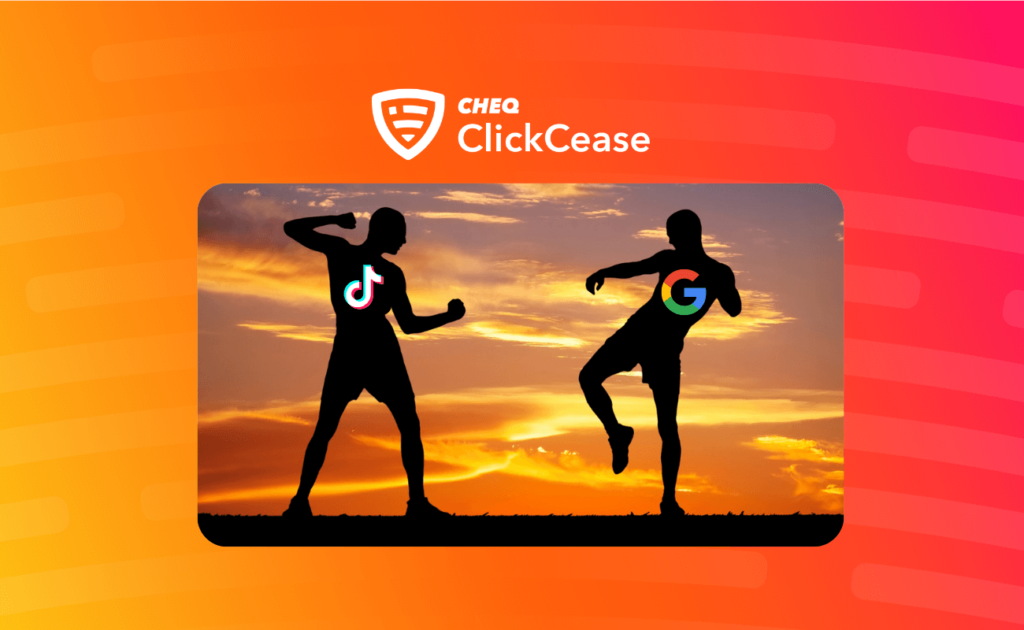 New insights report that TikTok has overtaken Google as the top search engine. If this is true, what does this mean for marketers and how will this reshape your strategy?

When Cloudfare released a blog that announced TikTok took the crown for best search engine, it sent ripples in the marketing world. Google has spearheaded search engines for the best part of two decades. Since it launched in 1998, it’s racked up over 3.5 billion users. Allegedly, TikTok has achieved search engine domination in just 6 years – less than a third of the time it took Google.

So in the battle of TikTok vs Google, what is really going on?

TikTok was launched in 2016, originally as Musically – a lip syncing app. Technological evolution has turned it into one of the most popular social media platforms.

According to Social Shepherd, TikTok has been downloaded 3 billion times worldwide. It features both entertaining and educational videos on dozens of topics, even marketing tips. The 2022 Global Web Index Survey revealed that the majority of users like TikTok to find funny and entertaining content, or keep up with the news.

The demographics of TikTok users are centralized in the Gen Z population (those born between 1997 and 2021). A survey by Statista revealed that over 78.7 million users are from the US; 37.3 million of those are Gen Z.

Of the total population:

How is TikTok being used as a search engine?

But how and why is TikTok being used as a search engine? Surely, it’s just a platform for entertainment? Whilst it’s true that the entertainment hashtag amassed over 535 billion views, other popular hashtags center around fitness and sports videos, home and DIY and prank content.

What’s interesting to note is that TikTok is being used as a search engine for three main reasons:

But how does that matter when comparing TikTok vs Google?

Mashable interviewed a number of Gen Z in the US to discover the truth behind TikTok use. They found that people disbelieved the “fake” top results on Google’s SERP. Finding articles, recipes and workout videos that fit the standards of SEO was, ironically, off putting.

True, it’s much easier to rank at the top of Google with vague content by following SEO rules. Tools like Surfer SEO guarantee results “or your money back” which sometimes discredits the value of content for users.

Instead, users want to see credibility; whether this be for the brand itself or a creator promoting a product. Content at the top of Google’s SERPs is usually created by businesses or marketing professionals – which you already know. But TikTok content is often created by ‘real’ people – at least at the moment.

Also, since the pandemic, Google has been slow to update its information on businesses now in liquidation.

TikTok, however, provides visual proof in real time which businesses and restaurants are still in operation. It’s an updated search engine, of which the content is current and shared with authenticity. This creates more trust in the content, and prevents user disappointment.

Another reason people prefer using TikTok instead of Google is because it offers an easier way to digest information and visualize results. The issue with articles or long blogs is that they can be hard to navigate, and are often not optimized for mobile use. This makes it more difficult to read and retain information. Plus, there’s less likelihood for generic or copycat content.

On the other hand, a short video communicates topics quicker and easier. Many people search for recipe ideas or “how to” videos that are shorter and to the point. Search terms can be vague or specific, such as “lunch ideas” or “chocolate chip cookies”. Generally, the content is more enjoyable to watch and digest.

When booking a holiday, you’re likely to research the area for top spots to eat, best places to visit, and so on. Users like using TikTok as a search engine to virtually teleport and get travel recommendations.

Instagram has also been used in a similar way for years now, but it’s on TikTok where this form of search has come to mature.

The TikTok algorithm is so highly personalized to our location, that it makes recommendations more suitable. Instead of a quick search on Google Maps, TikTok acts as an intuitive discovery tool. It provides users with up-to-date information on local restaurants, tourist attractions and more.

For example, if you’re a tourist visiting New York and want to know the best bagel place, you’re likely to find a current video in a flash on TikTok. Combine this geo-specific recommendation with credibility and ease of use does create a very powerful search engine.

Why TikTok is fundamental to the future of marketing

TikTok for business may be the secret to success. Social media ads are an intuitive way to reach millions of new eyes. It’s incredibly valuable to increase sales, generate brand awareness and boost engagement.

In fact, over 1 in 10 marketers considered increasing their TikTok spend in 2021. Why? Because people’s shopping experience on TikTok is driven by the ads.

Research by Hootsuite found that consumer spending on TikTok increased by 77% in 2021. It amounded to a total spend of $2.3 billion dollars (almost double than the year prior), and 67% of consumers admitted this was due to impulse buying.

One example is, HiSmile, the at-home teeth whitening manufacturer. Their HiSmile hashtag now has over 229.4M views, by using creators to boost their reach, which fans then interact with. This virality drives brand awareness at lightning speed, and users feel more connected with the brand.

How do bots and fake users affect marketing data?

This invalid traffic (IVT) includes crawlers, bad bots and fake accounts; the bots are so human-like that they can even fill out web forms, resulting in bad prospecting data. The lowest IVT rates were on tablets (16%), but the highest rates of invalid and fraudulent activity was on mobile at 32% – this is due to poor security.

Social media platforms are no better. Over one third of American social media accounts are fake. Users admitted to creating fake accounts for various reasons: the main being to share opinions without being judged, spy on other people’s profile or even spam others.

These fake accounts and bots cause astronomical problems for companies. Data shows that approximately $697 billion dollars are lost annually to activities related to bad data!

Sales reps end up wasting over 550 hours engaging with the bad data from IVT. Not to mention that ad fraud itself resulted in around $42 billion lost in revenue in 2021.

Put bluntly, Google still has the highest market share – 84.4% to be precise. Compared to other search engines like Bing and Yahoo, Google continues to be the reigning search engine.

To recall Cloudflare Radar, the trends and insights are malleable. TikTok and Google have been battling for the top spot over the last 18 months. Cloudflare’s blog revealed that TikTok first ranked the number one domain on the 17th February 2021. Then from August 2021 to November 2021, they held that position.

We examined the domain trends in the last 7 days. The data showed that Google is the top domain, followed by TikTok. However, in the last 30 days, Google stayed king, followed by Facebook and TikTok ranking third. What we can infer from this is that domain popularity changes, but it is not a very consistent or stable throne.

In terms of PPC and advertising, pay-per-click generates double the visitors than SEO. The average click-through-rate (CTR) is 2%, resulting in around a 4.4% conversion rate. Of that, marketers receive approximately a 10% return on investment (ROI).

But this doesn’t mean it’s the end for Google – far from it.

Google provides many different ways of interacting with searches and data – and the search results are still the number one way most people find solutions. Don’t forget also that Google have some serious tools in their repertoire including Google Maps, YouTube, Shopping and of course the ability to use the display network for retargeting and remarketing.

The demise of Google and Google Ads is very much exaggerated. In fact, we think Google will continue to evolve and adapt alongside TikTok and other tools. After all, competition drives innovation.

Sign up for a free 7 day trial with ClickCease and find out how much click fraud costs you!

What Are Native Ads and How Can You Use Them? Read more > 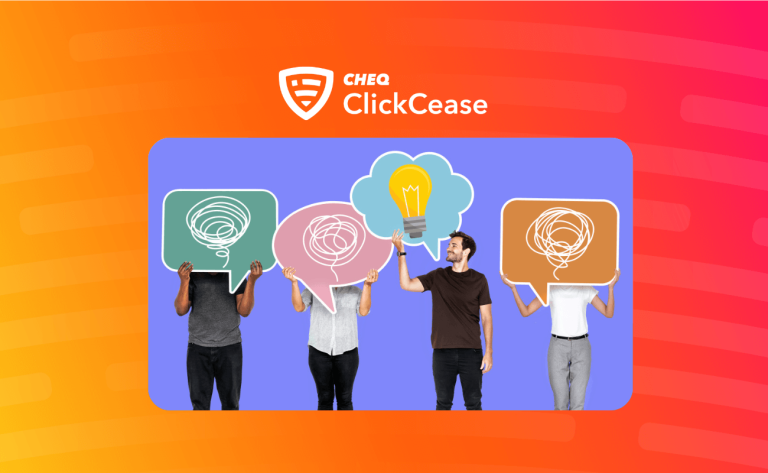 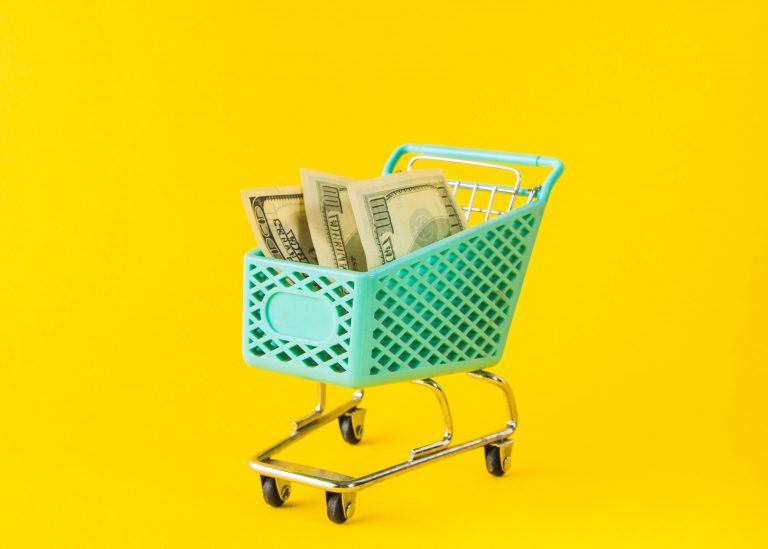 All You Need To Know About Customer Lifetime Value (CLV)

All You Need To Know About Customer Lifetime Value (CLV)