Link Copied!
Blog > What You Need To Know About Google Privacy & Ad Tracking Changes in 2022 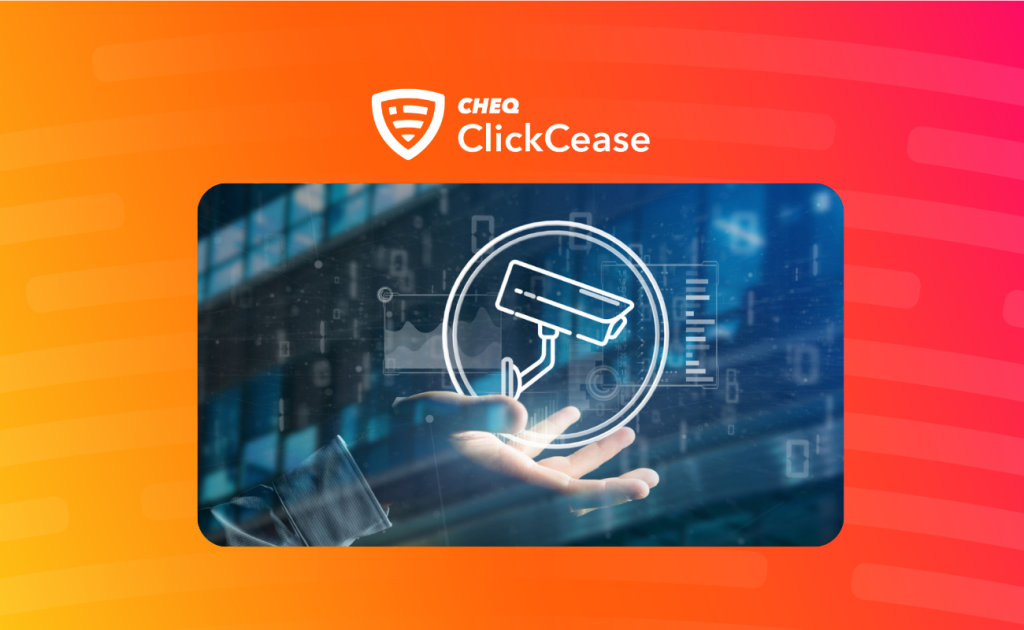 In February 2022, Google announced that they will be ending cross-app tracking on Android. For advertisers, this means less effective targeting on Google’s app ecosystem. But it’s a change that has been in the works for a while, and the actual changes won’t take place for another two years yet.

Most of us, as digital marketers, have seen this coming. Talk of privacy first and changes to tracking have been rumbling for several years now.

In April 2021, Apple announced it would give users more power to opt out of tracking on their devices with their iOS 14 update.

Around the same time, Google announced they would be introducing their privacy sandbox and doing away with third-party cookies. Although there have been changes to some of their methods, Google are still rolling with a more privacy focused approach to the internet.

And Facebook? Well, Meta, as they’re now known, are still reeling from the changes introduced by Apple. But they will quite likely be a leader in the metaverse – for whatever that’s worth.

So, what does it all mean for the future of online advertising? For pay per click in particular, there are likely to be some big changes in the works in 2022 and beyond.

The rise and fall of tracking and targeted ads

Since Google rolled out their groundbreaking internet search tool, pay per click has been used to monetise their business. And that makes sense of course. If people are looking for something then they’re more likely to be converted by a well-placed ad.

Using third party cookies adds a whole other dimension to this advertising method.

If they’ve looked at certain websites, or searched for certain things, we can make some reasonable deductions about peoples ‘legitimate interest’.

Although this works great for advertisers, it’s not so good for individuals. Especially when you factor in privacy concerns.

And with Facebook, the issue becomes even more complex.

Some high profile scandals (Cambridge Analytica) and the issue of fake news on social media, societal polarization and extremism have added fuel to the fire with regards to how content is targeted. So the question of tracking and online targeting has been accelerated to the top of the digital industry’s to-do list.

Whether or not the issues with Facebook have had a direct impact on Google and Apple’s decisions is open to debate. But the wider concerns around online privacy have been simmering under the surface for many years.

This also follows the ruling in the EU that the consent mechanism for GDPR, those intrusive cookie permissions boxes, are actually illegal under European law.

For internet users and consumers, these changes to privacy online are to be celebrated. Most people want to keep their details private and avoid sharing them with hundreds or thousands of companies around the world.

But in the marketing world, we’ve always been told that personalisation is better. Is it true?

One of the main arguments for online tracking and targeted advertising is that ‘people prefer ads that are relevant to them’.

However, this argument has been soundly challenged by Apple’s latest tracking changes. With the 2021 update to iOS 14, users can choose to opt-in or opt-out of third party platforms such as Facebook.

In America at least, the response was overwhelming. 94% of users would prefer to not share their data. This means that the majority of iPhone users have chosen not to have targeted or relevant ads.

A study from Global Witness found that only 11% of people are happy to have their personal data used to target them with ads. The same study found that 57% of people don’t want to be targeted by any ads, and 26% objected to targeting by political ads.

The most common way for people to block ads is to use ad blockers. In fact, around 40% of users block ads using ad blockers (source1 source2).

Considering that a large proportion of internet users are not tech savvy, or even unaware of ad blockers, this is still a large chunk of the global internet users.

Additionally, privacy first search and browsing options are also on the rise. Brave, the privacy based website browser that blocks ads as standard, has seen an annual doubling of its user base every year for the past 5 years. (source)

The takeaway is that people say that either they don’t trust digital advertising, or they find it so intrusive that they’d rather not be exposed to it.

And they’re happy to skip out on the personalized advertising if it means they keep control of their personal data.

Despite the objections of marketers, the digital marketing industry is responding to the demand for change.

Online advertising does still pay for much of the free internet, and people do understand that free content comes at a price. But in general they prefer that the price wasn’t their personal data.

However you look at it, the methods of tracking users online are going to change (they already are). So whatever the impact to the way our ads are served, or the methods we use to target our audience, marketers are going to have to adapt.

Do these changes to tracking mean less effective ads?

Although it might be too early to give a definite answer right now, we can look at some other recent privacy changes to see how the industry has coped.

One of the biggest changes is recent legislation, specifically the GDPR and CCPA. These two initiatives to protect the digital privacy of citizens of the European Union and California have had little if any impact on the popularity of PPC ad campaigns for marketers.

Yes, there was some disruption to the activities of ad tech companies in the run up to the GDPR. But it seems that overall the actual effects for marketers have been minimal, according to this article.

In fact, despite initially losing on average 23% of their database due to the change in law in Europe, after a year of GDPR marketers actually grew their databases and were even seeing returns beyond pre-GDPR levels. (source)

Although the impending Google privacy updates, and the threat of less tracking and less targeting presents a headache for digital marketers, the fact is that change is always happening.

Google and Facebook have changed the way ads are targeted, or how campaigns are run, multiple times.

So although these changes look like they might be hugely disruptive, the truth is that change presents opportunities. The opportunity to improve our processes and to change the way we get our message out there.

Ilan Missulawin of ClickCease says, “Although marketers love ad tracking, the truth is that customers don’t. And the big ad tech players have had to find a way to make their platforms work for paying advertisers, while at the same time not compromising the privacy of their users…

“Up until now it’s been a balancing act, and the changes to tracking are, in all honesty, totally overdue

“… compounding the issue has been the ever-present problem of click fraud and ad fraud, which have been damaging to the reputation of PPC ads. And this is an issue that has never really been tackled by the adtech vendors.”

So are Google’s privacy and tracking updates going to have any impact on the rates of invalid traffic on digital advertising?

The problem of fake traffic

In 2021, we released data highlighting that fake clicks on paid ads, also known as click fraud or ad fraud, was responsible for over $35 billion of lost revenue.

Although often downplayed by the search platforms, and to an extent by marketers, click fraud has been growing annually since the dawn of digital marketing.

Our in-house data shows that we block on average over 14% of all ad clicks as fraudulent. And this is after the filters applied by Google.

Read more about click fraud in our complete guide

On Facebook, it’s not so much fake ad clicks as fake profiles. Impressions from automated accounts and bots are just as big a problem on Facebook and Instagram, although the percentage is slightly lower than Google.

Although you might think that cookies and tracking should help to eliminate invalid traffic, by identifying genuine users, that isn’t the case.

“Google announced in 2021 that they would be changing the way they monitor invalid traffic, as part of their switch to the FLoC ad tracking. However, this initiative was dropped and we have heard nothing else on the subject of bot blocking or fraud filtering”, says Ilan.

“Our fraud filters already preserve the privacy of the user, but are more effective in removing bots and other forms of malicious activity on paid ads”.

What changes are introduced to reduce invalid traffic remain to be seen. Privacy remains the major focus. But whatever the new solutions for preserving privacy while also running ads, it’s likely that marketers will still find a way to flourish because…. Well, that’s what we do!

Running PPC campaigns on Google Ads or Facebook Ads? Check how much of your traffic is genuine, filter out bots and malicious clicks and much more. Run your own ad campaign audit when you sign up for a FREE ClickCease trial today.

Is it Worth Using Anti-Click Fraud Software? Read more > 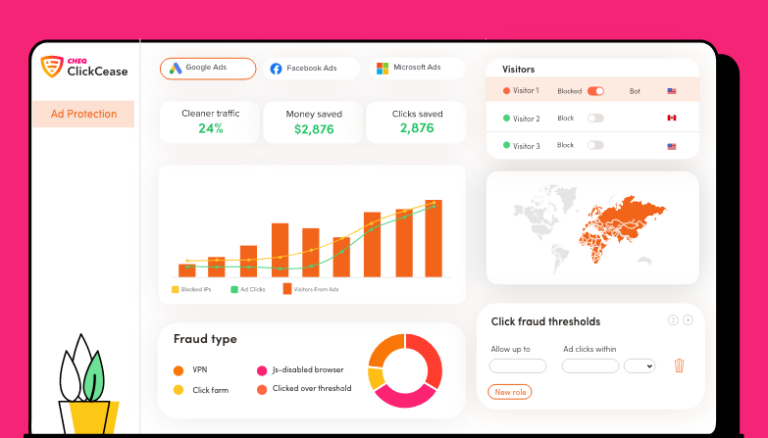 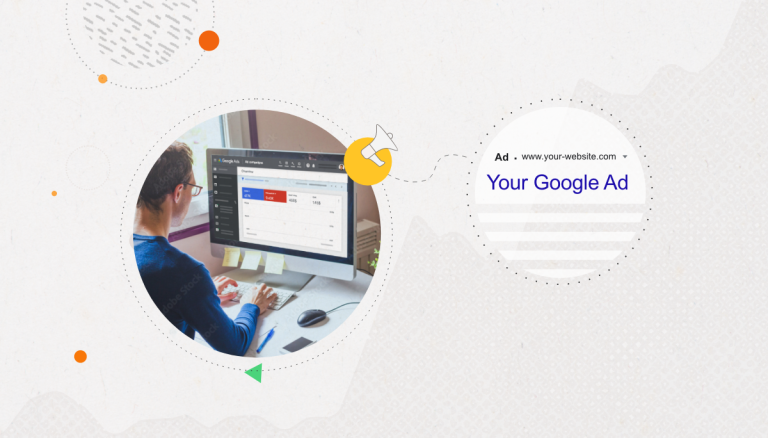