Link Copied!
Blog > What is Split Testing and How Can You Manage It?

What is Split Testing and How Can You Manage It? 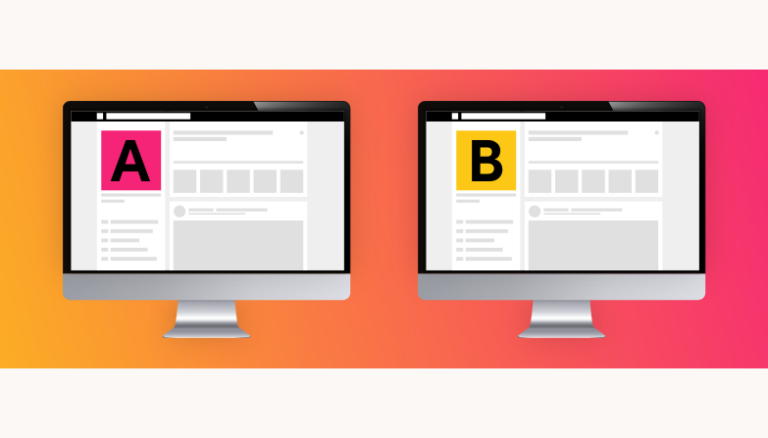 Split testing is one of the more popular marketing optimization tactics, and it’s used to do everything from increasing CTRs to boosting conversion rates. It is particularly popular because of its effectiveness and ease of execution.

If you don’t already use split testing, this post will walk you through what it is, why it’s so effective, and some of the ways you can use it in your marketing campaigns. We’ll also explore additional optimizations you can add to your split testing to make them even more effective.

What is split testing?

Split testing is also known as A/B testing, and it’s the practice of testing multiple versions of landing pages, ads, or emails to find better performers. The highest converting versions after the split test are then used more often.

When you launch a split test, your total traffic is distributed across all the test pages. Each one’s performance is traced and analyzed to identify the best performer. The split test software will then thin the herd by gradually allocating more traffic to the better pages until you find whichever is best for conversion rate optimization.

Understanding how to make great landing pages is a key part of split testing with PPC ads.

Why do so many marketers use split testing?

Regardless of your split testing methodology, there are three significant benefits to running a split test:

Split testing is mostly handled by software which means you can expect pinpoint accuracy. This accuracy also lets you test even the tiniest changes, from ad copy headlines to the position and color of the CTA button.

All you’d have to do is create identical versions of the testing criteria and change measurable elements. The software will run the test and churn out accurate and actionable data.

In this way, you can optimize all your marketing efforts without investing an unreasonable amount of time.

The split testing cost is usually nothing compared to the payoff from finding the best page elements in your samples. However, it’s a good idea to follow best practices, so you get the most bang for your buck.

Here are some of the best ways to run a split test.

Variables can throw a wrench in any experiment, and split testing is no different. Testing your ads in a vacuum with zero unplanned variables would be best, but that will never happen.

What you can do is control as much as you can. For example, ensure the traffic source is the same for all variations of the landing pages when you run split tests. You don’t want to send hot leads to one page, and cold leads to another.

You should also avoid getting tripped up by too many split testing criteria. If you wish to test multiple things in your ad, consider breaking it up into several small tests so you can easily measure the outcome.

2. Drive as much traffic as possible

The more traffic you have going to your tests, the more data you’ll be able to pull out. Otherwise, you’ll have statistically insignificant results – like four people responding to ad 1 while 5 respond to ad 2.

If you find that traffic will be a problem, it might be a good idea to first invest your resources in generating sufficient traffic. Raising traffic has a good chance of increasing your conversions to begin with. Once You have enough traffic, you can be sure that the split testing works, and then proceed to measure and optimize as necessary.

3. Use the data exhaustively

Sometimes your variations will produce a massive improvement, and other times, they will be minute ones. But regardless of the outcome, it’s critical that you use everything you’ve learned in every way that you can.

Of course, this goes hand-in-hand with running the split tests exhaustively. Your first split test is unlikely to yield any real info, but after driving a lot of traffic through it, patterns will start to emerge.

If the improvements are significant, then you and your team will probably begin implementation immediately. But even if the test fails woefully, you’ve at least learned of one approach that won’t work. Any successful split testing spirit is one that yielded good data, regardless of the result.

When optimizing for performance, understanding what works can be just as important as finding what doesn’t works. The key is to extract insights from the split test results and move on.

More often than not, split testing will highlight minor improvements that you can make. That’s why one split test isn’t enough to draw a lasting conclusion.

A better plan is to keep testing and uncovering these minute improvements, tweaking your ads and pages until you arrive at the best possible versions with the highest conversions.

Why is split testing important?

Split testing is an important process as it can identify which marketing methods are most effective. An A-B test can also help you test assumptions before investing too much. Every ad you launch costs money, and it only makes sense to allocate the largest budget to the best ads. But how do you find out which ones will have the highest conversion?

Even though there are no limits to what you can spit test, most marketers prefer only to split test when they expect statistically significant results.

Testing four positions of your “Buy now” button may seem like a good idea, but if the web page is rarely visited, you could run the test for months before getting any actionable data.

That’s why it’s better to focus on high-priority variables like high-traffic web pages and Google ads.

Split testing without a hypothesis

The primary purpose of a split test is to test a hypothesis. This allows you to create tests that can either validate or disprove your hypothesis. Otherwise, the best results will have no meaning since you can’t adequately interpret them.

So if you’re testing two versions of the same landing page, ensure you know exactly which elements are being tested, so you know what to do differently.

Betting it all on the results

Split testing is only one of the tools you can use to optimize conversions as a marketer. Sometimes, it yields excellent results, but other times, you’ll need to add other strategies.

It’s also important to remember that the key may be to boost your overall traffic. If you get 200 visitors and split testing helps you raise your conversion from 10% to 20%, that’s still just 40 conversions

But double the traffic, and you’ll get the same 40 sales, even before applying your split testing results. This is why it’s a good idea to look to other strategies that drive web traffic.

While rebranding its logo, Google tested 41 different shades of blue. But your business probably shouldn’t. As one of the largest and most recognizable brands in the world, Google has dozens of products, and billions of customers and is serving businesses in a wide range of industries.

As a result, the split testing for their logo color makes sense from a revenue and branding standpoint. The experiment also reportedly yielded about $200M of revenue in a year (The Guardian).

Unless your business can reasonably expect the same financial payoff from split testing brand colors, you should probably split test variables with greater weight.

Driving too much traffic to bad performers

This may seem counterintuitive since you need enough traffic to make the split tests worth it. But imagine that you’re testing two ads – one with a 1% conversion rate and one with 15%. Every user you send to the poor-performing ad is basically lost, and you may never get them back.

As a result, it’s important to constantly modify your tests so that you’re sending less and less traffic to the poor performers. This ensures that you’re gathering useful data and putting it to use without sacrificing any conversions.

Here is a final tip that you can use to optimize your campaigns – keep bot traffic away from your ads and landing pages. On average 14% of ad revenue is lost to bot clicks (ClickCease), and on average 40% of all web traffic is from bots. (Imperva)

This has two implications. First, it means that your A/B tests are highly skewed as a large chunk of your data is produced by “users” who will never convert.

Secondly, in addition to your split testing costs, you also have to deal with revenue lost to click fraud. Unless your business has bottomless pockets, you need to nip these in the bud ASAP.

That’s where ClickCease comes in. Our service offers click fraud protection that ensures only real users interact with your ads. And with Bot Zapping you can keep bots off your WordPress website and prevent sneaky bot based fraud such as account takeover, payment card fraud and spam injection. With ClickCease, you can test with confidence, trust the results, and save your business a lot of money.

Run your own traffic audit with ClickCease with our 7 day FREE trial.

What Are Native Ads and How Can You Use Them? Read more > 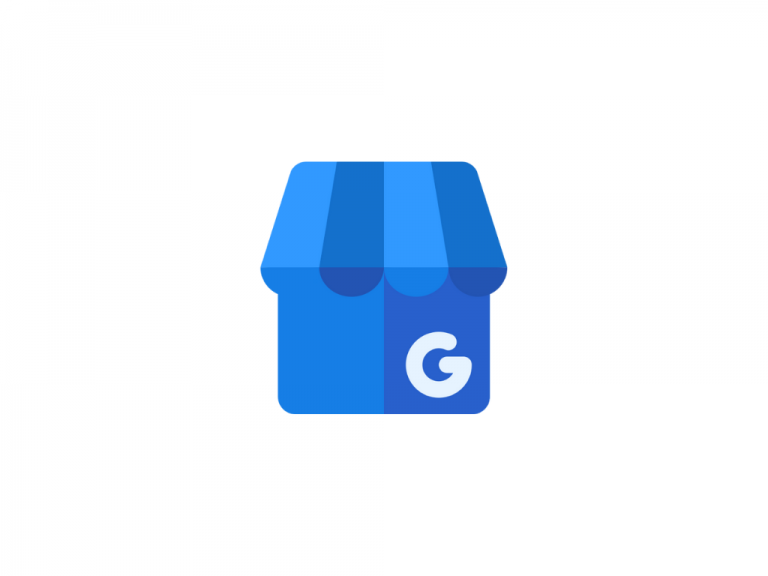 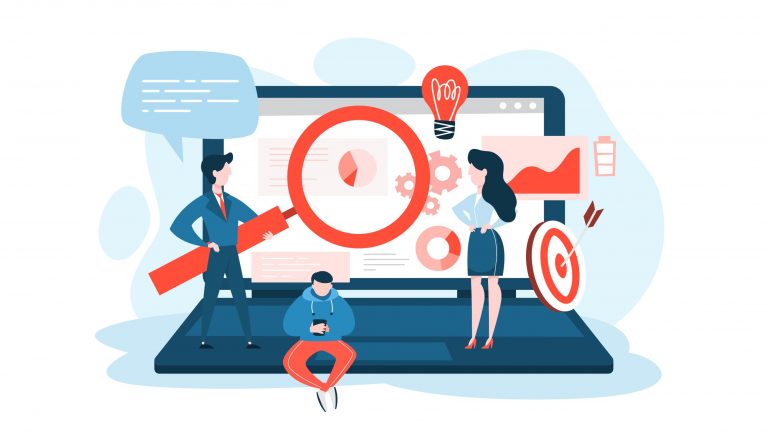 Paid Search vs Paid Social: Which Is Best For SMEs

Paid Search vs Paid Social: Which Is Best For SMEs