Link Copied!
Blog > Do Controversial Ads Work? And How Can You Make Them? [with Examples]

Do Controversial Ads Work? And How Can You Make Them? [with Examples] 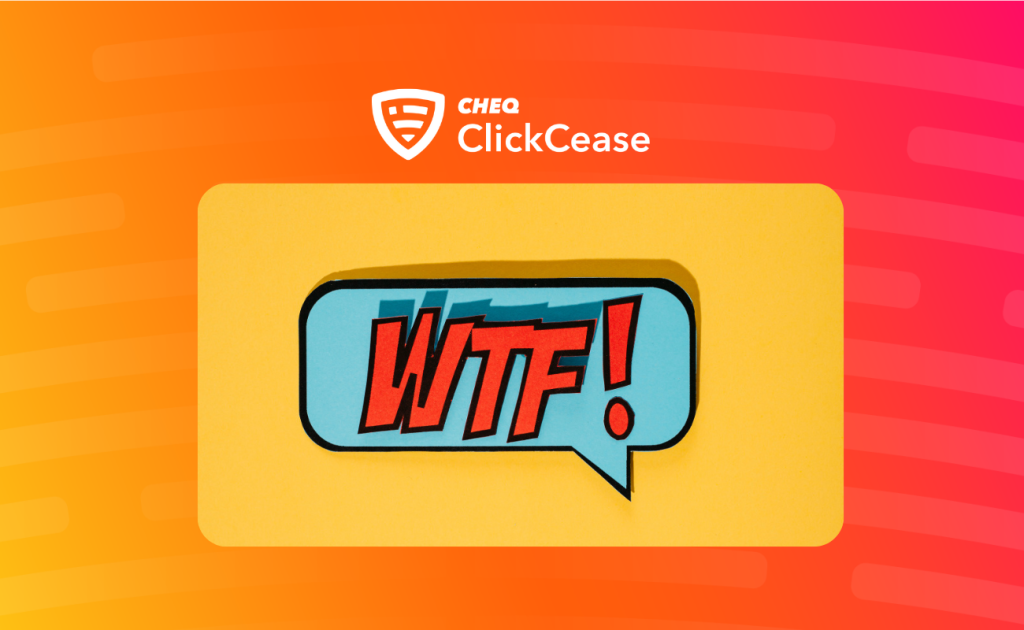 Have you ever watched an advertisement that moved you? Left you feeling shocked and confused? An ad that tugged on your heartstrings? Well, that’s exactly what controversial advertisements are all about.

Creating controversial ads can be a fine line between an ad that gets people talking and one that consigns your brand to the bin of shame. But, done right, it can be a very effective marketing strategy.

To successfully create a controversial ad, you need to understand how the difference between shocking and offensive can have an impact on your message.

Why courting controversy is tempting

Controversial ads send out a bold message that makes an impact on viewers and their feelings. Individuals are more likely to remember something if it has triggered an emotional response. A risky move for many companies, but one that has shown success in the past.

And although the word controversy has negative connotations, it can also relate to those subjects that other people are too afraid to talk about. Sex, death, gender and racial equality, and health issues are just a some of the things that people might shy away from talking about around the water cooler.

But asking difficult questions on tricky subjects, you’re confronting people with something that they might not have thought about before.

Hopefully your controversial ad campaign will stimulate dinner party conversation, and maybe even blog post such as this one, putting your brand on everybody’s lips.

However, if it goes wrong you risk your company facing a backlash or negative press. And it goes without saying that boycotts or damaging accusations can diminish your image in the public eye.

Some subjects are more controversial than others – by which I mean they offer more opportunity to fall into the wrong side of the fence.

In short, it’s important to consider what other people think of bad advertising.

The history of controversial advertising

Since the dawn of modern advertising, marketers have been courting controversy. Although, in retrospect, some of the more controversial ads in history are seen that way as the world has changed a lot.

Take for example, these horribly sexist ads which might have seemed funny and edgy in the 1950’s – maybe even controversial.

As for casual racism (or unashamed racism) in ads? Yes, there was (and still is, as we will see) plenty of that.

These shockingly inappropriate and racist ad campaigns obviously look very dated today. However, the sad truth is that they probably weren’t trying to be controversial, but were simply a manifestation of the public attitudes to race at the time.

Although these vintage ads highlight some of the more obvious problems with racism and sexism, some brands have purposely grabbed the limelight with subjects which would obviously cause a reaction.

Although racism and sexism remained the main focus for ‘controversial’ ads into the 70’s and 80’s, there was a major shift in the late 1980’s – thanks to one major brand.

Benetton’s 1980’s and 90’s campaigns are a great example of controversy in ads (as opposed to just being offensive to half of the buying public). The Italian clothing retailer created an advertising campaign called “The Colors of Benetton”, an idea designed by their photographer Olivero Toscani.

The focal point of this campaign was to grasp the viewer’s attention by using graphic pictures of real-world issues. Benetton embraced some of the most pressing subjects of the era, including AIDS, war and violence, world hunger, inequality and even highlighting the plight of prisoners on death row in the US.

With these bold images presented globally on billboards or in print, it certainly got the world talking about Benetton.

The content of the ads were almost entirely unrelated to Benetton products, and the company became synonymous with the term controversy. In some ways the brand influenced the shift away from using obvious brand imagery in ad campaigns. And they certainly tested the old adage “any publicity is good publicity”.

Labor day, a way to close out the summer in the States… or for Nike to launch their 30th Anniversary ‘Just Do It’ ad campaign. The controversial commercial featured Colin Kaepernick, a former NFL player who was dismissed from his football career after standing up for his beliefs and protesting against inequality of minorities in the US.

After refusing to stand for the national anthem during his games, the public deemed him as anti-American. His actions reflected the quote, “Believe in something, even if it means sacrificing everything”.

Nike honed in on this bold statement and applied it to their ‘Just Do It’ marketing campaign, taking it to a whole new level. A black and white headshot of this new civil rights activist accompanied the quote. The public were divided over Nike’s choice of representative for their campaign, with many people boycotting the company, burning Nike products and posting images on social media with #JustBurnIt.

Good ad, bad ad? It was certainly controversial and got many people discussing the brand, even outside of America.

And perhaps the telling statistic is that Nike sales went up around 10% following the controversy.

In light of the Black Lives Matter movement of 2020 and 2021, it seems that Nike may even have been ahead of the trends. And when you also consider that Nike’s target demographic tends to be younger and in-line with contemporary cultural trends, it starts to look more like a wise choice of icon.

If you’re unfamiliar with the term ‘SpyCop’, it refers to police officers going undercover to form false relationships (sometimes intimate) with activists as a way of infiltrating their organisation. But what has Lush cosmetics got to do with this?

This cruelty-free brand set out to promote awareness around SpyCops and put their reputation on the line in doing so. Lush challenges police powers and shines a light on human rights with this controversy courting ad. Participating stores decorated their shop windows with police bands stating that “Police have crossed the line”. Many people criticized this challenging commercial campaign and rallied against it in defence of the police force.

Lush stood by their decision, stating that the company believes in rights of all forms including animal-rights, equality, and human rights which is why they took this standpoint to raise awareness around sensitive social issues. But they may not have received the positive support that they wished.

H&M is known for running gender, race, and age-inclusive campaigns, but they are no stranger to controversy. One controversial ad, which H&M did claim was unintentional, was in 2018 when they used an image of a young black model wearing a jumper with the slogan “Coolest monkey in the jungle”. The advertisement caused an uproar on social media and was classed as “offensive, disturbing, and totally inappropriate”.

H&M responded that they lacked awareness and made a marketing mistake. However, the public believes it was a publicity stunt to create a buzz around the brand. The Weekend, a former celebrity ambassador for the brand, cut all ties with them and refused to do any future work with the company.

To introduce their new product, Heineken Light, Heineken launched a 30 second ad that raised debate world-wide. The controversial ad shows a bartender sliding a bottle of Heineken Light along the bar, passing numerous people of color, before arriving at a woman with lighter skin. “Sometimes lighter is better” appears, and the ad ends there.

As you can imagine, the ad was as well received as a dog at a pedigree cat show. Even those in the spotlight criticized the ad with Chance the Rapper publicly dissing the brand saying the ad is “terribly racist”. He went on to state that companies produce purposely racist advertisements to boost views.

Controversial? Or perhaps a prime example of bad ad, ill thought out, inappropriate and unethical in our modern era.

For the past 30 years, Gillette has expressed its products as “The best a man can get”, allowing them to promote themselves as the most successful brand in the industry. But their 2019 ‘We Believe’ campaign evoked questions around their mission.

The ad begins with a strong narrative making reference to sexual harassment, bullying, and masculine toxicity followed by images portraying these negative behaviours. The purpose of this controversial advertisement is for men to hold each other accountable for this type of behaviour as a way of bettering themselves and overcoming the general stereotype of men.

The campaign received mixed reviews from the public with supporters believing the controversy reinforced positive behavior. Whereas critics saw it as degrading and offensive to the male population.

A recent example of a campaign that embraces controversy, arguably in a good way, is Adidas and their sports bra campaign.

Images of naked female breasts are usually associated with sexuality and titlliation. But the Adidas campaign instead claims to highlight and celebrate the differences in women’s bodies, and how there is no such thing as one-size fits all.

Opportunistic and shameless? Or a modern and open minded campaign aiming to naturalise and de-sexualise the female body?

Although the ad has been banned in several countries, including the UK, it very much taps into the global zeitgeist and the move away from the sexualisation of women in advertising. A sharp contrast with the 1950’s.

Whatever you might think, it has got people talking about Adidas.

Getting people talking with an ad that tackles a sensitive subject can be a very powerful way to tackle some of our global inequalities. Being controversial for the sake of it can succeed in some cases, but a brand should always weigh up the potential for backlash.

Controversial advertisements can often be seen as bad advertisements, as they can come across as insensitive, or worse still, totally ignorant. However, successful companies can use their status to raise awareness of world issues and to support equality. Globally, there is a growing awareness of social equality, especially with the rise of the #BLM movement and trans-rights.

Done right, you can tap into the zeitgeist. Done wrong, you might be seen as an outdated relic.

How to create a controversial ad

Our tips for taking advantage of a controversial subject, while avoiding falling foul of a backlash are:

When it comes to testing your campaigns, ask yourself:

Take a look at The Essential Digital Marketing Tools for tips to use for your campaign. 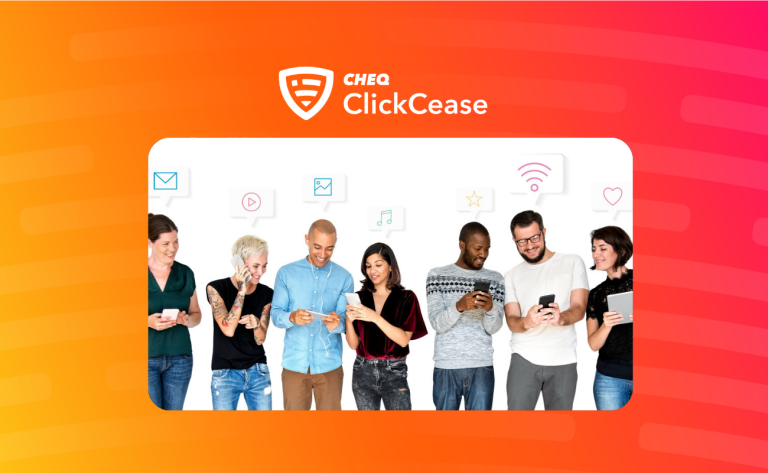 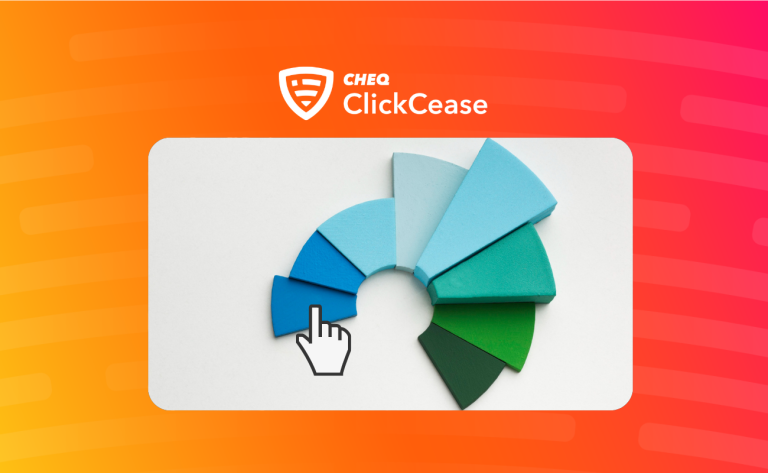 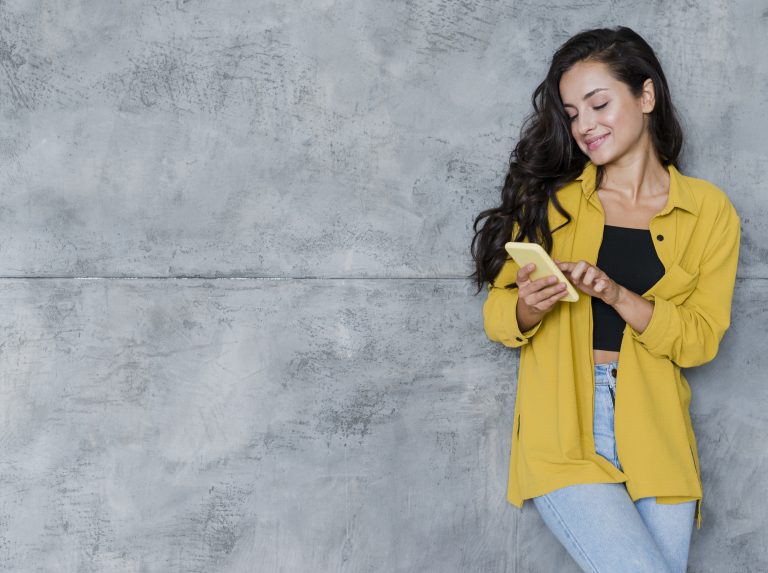